Wolfcraft Furniture has its roots in the mid-1900’s when three brothers were born into a farming family of sixteen children. Arnold, Patrick, and Randal Wolf (born 1947, 1956 and 1957) acquired practical skills and moral ethics in this large family atmosphere, creating a strong foundation for Wolfcraft.

After completing high school, the brothers left the family farm and parted ways. Arnold founded and maintained his own farm for ten years. Patrick joined the Marines and served in the Third Marine Air Wing. Meanwhile, Randal attended UW-Eau Claire and received a bachelor’s degree in mathematics.

When God’s will called the brothers home in 1980, their common passion for woodworking prompted them to form a partnership. Wolfcraft began in Arnold’s small garage in Chili, Wisconsin. Initially, a small number of appreciative customers enjoyed their personal services which ranged from cabinet manufacturing to home remodeling.

The growing demand for quality cabinetry sent retailers searching for skilled, local carpentry, launching Wolfcraft unexpectedly into the wholesale marketplace. After being in business less than two years, the additional demand created by the waterbed era made a new facility necessary.

In June of 1981, Wolfcraft purchased a 10,000 square foot building in Unity, Wisconsin, which remains their present location today. There were initial concerns about the excessive space, but it was put to quick use when steady growth prompted the brothers to hire their first employees. The once overwhelming space soon became inadequate. In 1987 Wolfcraft added their first of several additions.

To date, Wolfcraft proudly remains family owned and operated. By 2009, management and ownership of the company had been assumed by Preston, Chris, and Adam Wolf, sons of the original owners. Despite growth and change, the strong allegiance to the morals and principals in which the company was founded has remained. Dedication to quality and excellence has also remained steadfast thanks to a talented group of employees that shares the vision of Wolfcraft. The Wolf family confidently agrees that their faith in God has been the main ingredient to a successful business. 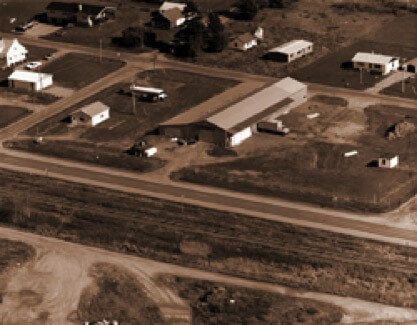 At Wolfcraft we refuse to compromise quality. We use select and better solid hardwoods for doors, drawer faces, and trim. For larger surfaces demanding greater resistance to warping and cracking, we use sliced solid hardwoods fused to MDF, a wood product engineered for its ability to tolerate a variety of temperature and humidity conditions.

Our 7-step finishing process consists of: 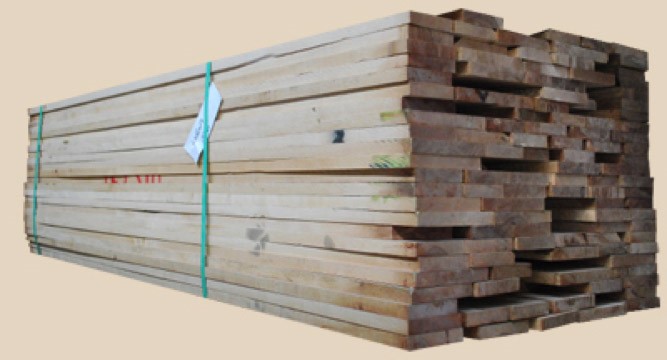 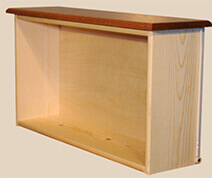 To maximize the environmental efficiency of our finishing process, we work closely with Sherwin Williams to ensure that we are using stains and lacquers with low VOC content.

We take pride in offering a product that is environmentally friendly. Wood is one of the most energy-efficient and renewable materials available. Our hardwoods are grown primarily in Northern Wisconsin, Michigan and Minnesota. We work with responsible tree-harvesters who ensure that forests are maintained so generations to come will be able to enjoy Mid-Western hardwoods.

Our distribution process also helps us keep our carbon footprint low. Instead of using high volumes of disposable packaging materials, we have invested in reusable blankets which are carefully wrapped around furniture for shipping. Some of our blankets have been in use for 25 years. The only road trip our furniture takes is from our facility in Central Wisconsin to local retailers on our own fleet of fuel-efficient trucks. No oceans are crossed and there is no "middleman" to lengthen the distribution process. 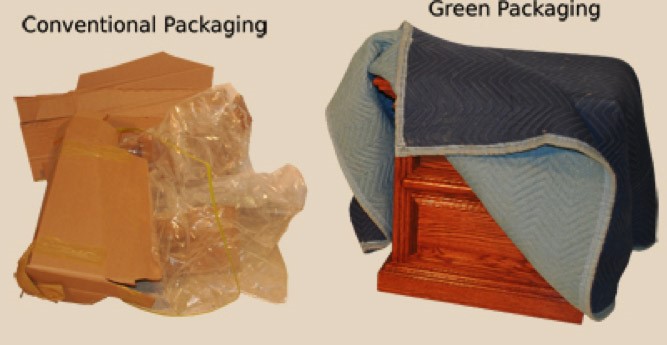 Our personal approach to furniture craftsmanship means a wide variety of options are available to our customers. Every item that we make is available in oak or maple. We then offer a selection of ten different finishes and ten different hardware choices. Many additional person-touch options such as fully extendable drawer rails, hand-rubbed (antiqued) finish and dimmer lights are also available upon request. The result is literally millions of possibilities. 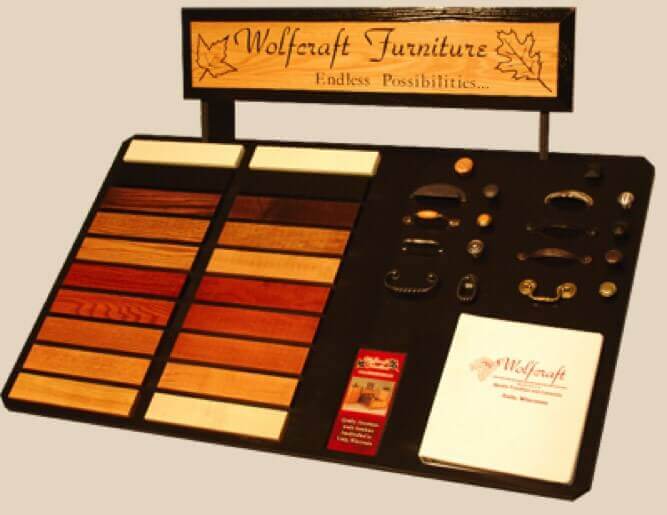 Wolfcraft furniture is crafted to last for generations with proper care. There are simple practices that will ensure friends and family will enjoy furniture for many years. Please keep in mind the following:

Members Always Get More!
Some areas of our site are limited to members only.

Tell Us About Yourself

We're proud to be a small, local business and we want to get to know our customers.

We appreciate it! Please don't hesitate to contact us if you have any questions.